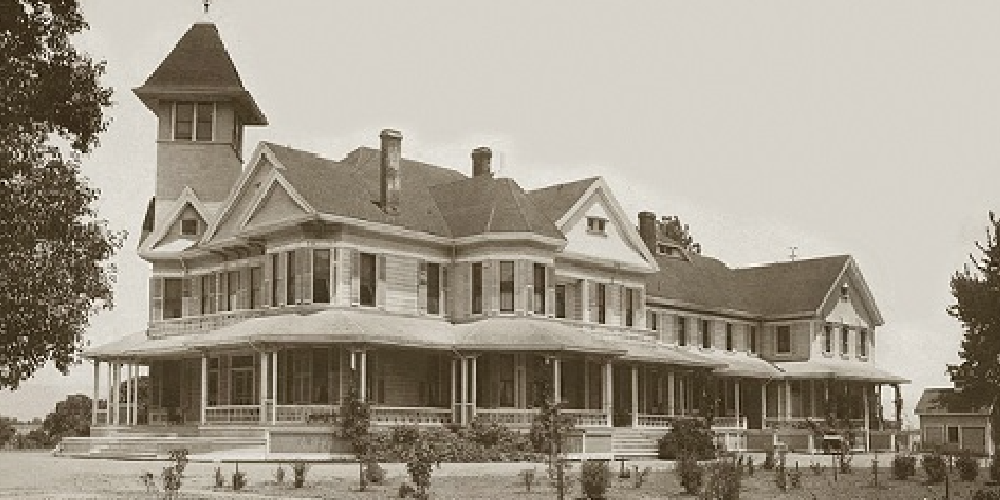 Henry Miller and the Peacock Dinner

Ralph Merritt, one of Henry Miller’s drivers, related the story of the Peacock Dinner to Ralph Milliken during an interview.

Henry Miller was a multimillionaire and owned over a million acres of land, but he felt that the big rich and influential businessmen of San Francisco looked down on him because he had begun as a butcher boy.

“I determined to correct their impressions,” Henry told Ralph Merritt one day.  Miller had a great sense of humor, and with a laugh in his voice and a twinkle in his eye he told Merritt about a book he had once read about Alexander the Great.  (It was in this book that Henry learned that he owned more land than Alexander ever conquered.)  In the book there was a picture of a feast that Alexander gave to prove how great he was.  At a long banquet table, with all the great people of the day, and Alexander at the head, the feast was served.  A great number of husky slaves came in bearing the dinner on trays on the tops of their heads.  A whole peacock lay on each tray.

At the Santa Rita Ranch, Miller had quite a large number of peacocks.  He told the superintendent to catch up a few of these birds and send them over to Bloomfield.  The superintendent set the buckaroos to work catching them.  The cowboys first tried to lasso the birds, but the birds were so quick that they would get their heads out of the noose before any of the ropers had time to tighten their ropes.   The cowboys then got to work chasing the birds.  (Running after peacocks in high heeled boots must have been quite a sight.)   They finally threw away the ropes and went to using clubs.

At Bloomfield preparations for the great feast of the peacocks was on going.  Miller remembered that in the picture of Alexander that the trays with the stuffed peacocks, had been carried aloft.  So, he sent to San Francisco and had a number of waiters sent down.  The guests arrived.  Henry Miller sat at the head of the table.  The waiters marched around the room in triumph twice each with a tray carrying a stuffed peacock.  The fattest and plumpest bird was placed in front of Henry Miller to carve.

“I attempted to drive the fork into the breast of the bird,” laughed Miller.  “To my consternation the peacock slid off of the platter on to the tablecloth.  I got it back on the platter and again made a determined stab with the fork.  Once more the bird slid off, this time in the opposite direction.  Once again I got it back with no greater success than before.”

Miller finally had to give up.  He did not know that peacocks are so tough that no one can eat them.  But the butcher boy rose to the occasion triumphantly.  To his mirthful guests he explained, “those cooks of mine know nothing.  They can’t even cook peacocks right.  They cooked them so bad nobody can eat them!”  (My guess is that dinner, though slightly delayed, was the best prime beef to be had anywhere.)

I hope that you found this story fun and enjoyed reading about Henry Miller’s Peacock Dinner.

Next, we will take a look at what has been happening out at the Barn.

If you have not read all of the Under the eaves…stories about Henry Miller and his family, and would like to “catch up” they are posted on our website at;     https://millerredbarn.org in the Blog section.

If you or your company shop amazon.com for supplies, gifts or special things, please register with smile.amazon and select The Miller Red Barn (https://smile.amazon.com/ch/81-2628343).  We will receive a percentage of each purchase you make, at no additional cost to you.