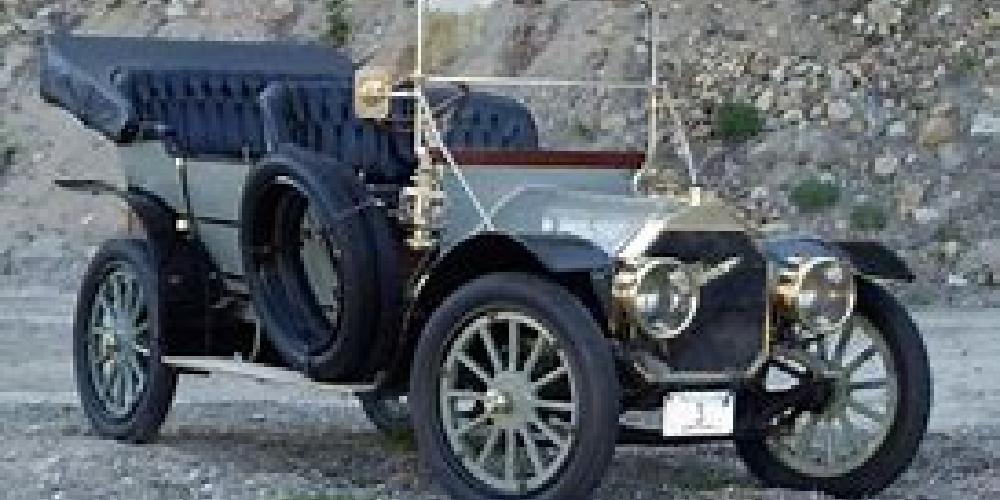 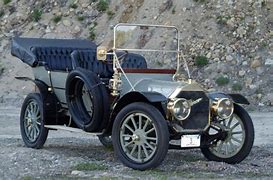 Henry Miller and the Devil’s Buggy

Henry Miller had long traveled via horseback in the early years and later became a familiar site in his buggy being driven for the most part by Buggy John.  Miller did not like change all that much and once when asked about automobiles he expressed the following, “I hope my daughter don’t get one of these devil’s inventions.”  She did and eventually he did as well.

The time came when Henry Miller finally decided the use of the automobile around the ranches was much faster than using a horse and buggy.  It meant that he could drive over Pacheco Pass with his chauffeur and save a good deal of time, something he never had enough of.  He was also getting older and to ride in a horse and buggy was harder and harder.  Under pressure from his family, he decided to purchase a car.  Cars were something new and he did not have much faith in them at the time of his purchase.  Miller called them “the devil’s buggy.”

Pierce-Arrow was the only car that Henry Miller ever owned.  Henry Agard recalled his 11 years as chauffeur for Henry Miller and his experiences in delivering the first Pierce-Arrow to his boss.  Agard said that Miller had no use for the automobile at first, and felt it would never amount to much as long as, the country had so many good horses.  Shortly after 1909, the family conspired to get Henry Miller using a car.  So, they ordered a Pierce-Arrow to be used as his own private car in San Francisco.

Agard was sent, by the Miller & Lux office, to the Pierce-Arrow agency to pick up the car.  It was a thing of beauty and by far the finest and largest car that Agard had ever driven.  In his first talk with Agard, Miller made it clear that he wanted it distinctly understood that when he was riding in the car, it was not to go over 25 miles per hour.  Agard said, that when Miller got used to the feel of the car and he could see that Miller was getting relaxed, he would gradually increase the speed and Miller soon became fond of the Pierce-Arrow.  Miller was so pleased with the car that he would chuckle with pleasure that he could get in at Gilroy and be over at Canal Farm in two hours.  He thought that it was pretty nice that he could cover so much ground in such a short time.

Henry Agard, in an interview with Ralph Milliken, remembered that he was given a letter to present to Mrs. Clyne at Canal Farm.  It directed her that whenever he was at Canal Farm that he was to eat at the superintendent’s table and that a room was to be always reserved for his exclusive use at the Clerks Cottage.  Agard also said that he had asked Mr. Wallis and Mr. Clyne if it was true that Henry Miller would ride around the countryside in a rowboat affixed to a wagon bed.  They both confirmed the story and added that the route Henry Miller would take in this strange contraption was along the south border of the San Joaquin River, north of Los Banos.  It was thought that part of his route took him into the sink of Los Banos Creek or to the east of it.

I hope that you had fun reading this story.

Questions and comments are always welcome.  Or Subscribe to our newsletter

If you have not read all the Under the eaves… stories, and would like to “catch up” they are posted on our website.

If you or your company shop amazon.com for supplies, gifts or special things, please register with smile.amazon and select The Miller Red Barn.  We will receive a percentage of each purchase you make, at no additional cost to you.