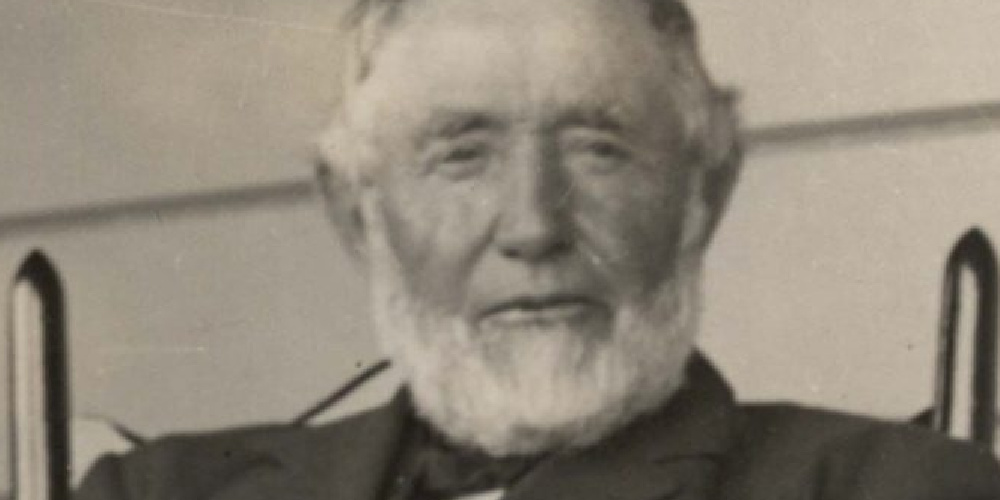 One of Henry Miller’s passions was making sure that his employees knew how he wanted things done.  To accomplish this, he wrote letters for hours on end to his superintendents and foremen.

Edward F. Treadwell, in ‘The Cattle King’ put like this;

Henry Miller was a glutton for letter writing.  He always carried with him a pad of small sheets of cheap letter paper.  When on the road he would write letters for hours before any one was up.  He wrote in a small cramped hand.  At the office he dictated letters by the hour.  (His Secretary did such a good job in ‘sending’ out Henry’s letters, that he later remarked that he had done a very good job in writing them.)

He followed the livestock from the time the bulls, boars, and bucks were turned out with the cows, sows, and ewes.  The most minute directions were given as to the class of stock to be used.  Where to pasture, graze, water, ship or feed them.  When to buy and when to sell.

How to prepare the land, when to seed it, how to irrigate it, and how to harvest the crop.

How to keep up fences, kill the squirrels, destroy the carcasses of dead animals, remove dead trees, burn cockleburs and tumble-weeds.

How to feed the men, house them, and keep them contented.  How to treat tramps, neighbors, and visitors.  How to run kitchens, grow chickens and turkeys, prevent fires and be economical.

How to deal with the public, the press, public officials, public institutions, and public improvements.

How to get rid of tule, white alkali, (sodium sulphate) and how to prevent the accumulation of black alkali (sodium carbonate).  How to treat livestock diseases, anthrax, blackleg, and cholera.  How to use cow chips as fuel to run machinery.  How to feed beet pulp from the sugar refinery, pomace from the winery, and every imaginable kind of feed for livestock.

The following are some of my favorite pearls of wisdom from Henry Miller (many are as true today as they were when Henry wrote them);

It is not work that ruins so many horses, but incompetent men handling them.

Unbranded calves on the ranges is bad business, as it might induce some of our neighbors to be dishonest.

A man can’t do justice to his employer on an empty stomach.

A good loyal employee is one that goes out of his way to make a saving and a profit for his employer.

The best way to hold good men on a farm is to keep their sleeping quarters clean.

There is no disgrace to ask advice from one holding a position beneath you.

There is a class of people not made to be prosperous.  The minute they have a jingle in their pocket or a dollar’s credit they are ruined and lose their bearings.

There is always hope for a drunkard, but none for a lazy, slovenly man.

I should think it would be cheaper and better to use boards for shelter for horses than a tent.

When men have large families, if the wife and children become dissatisfied, then the man is not satisfied.

Questions and comments are always welcome.  Contact me; (Patti Perino) at 408-410-1495 or email at millerredbarn@outlook.com

If you would prefer to not receive emails regarding The Miller Red Barn, please respond with “unsubscribe.”

If you have not read all of the Under the eaves…stories about Henry Miller and would like to “catch up” they are posted on our website at;     https://millerredbarn.org in the Blog section.

If you or your company shop amazon.com for supplies, gifts or special things, please register with smile.amazon and select The Miller Red Barn (https://smile.amazon.com/ch/81-2628343) as your charity to support.  We will receive a percentage of each purchase you make, at no additional cost to you.