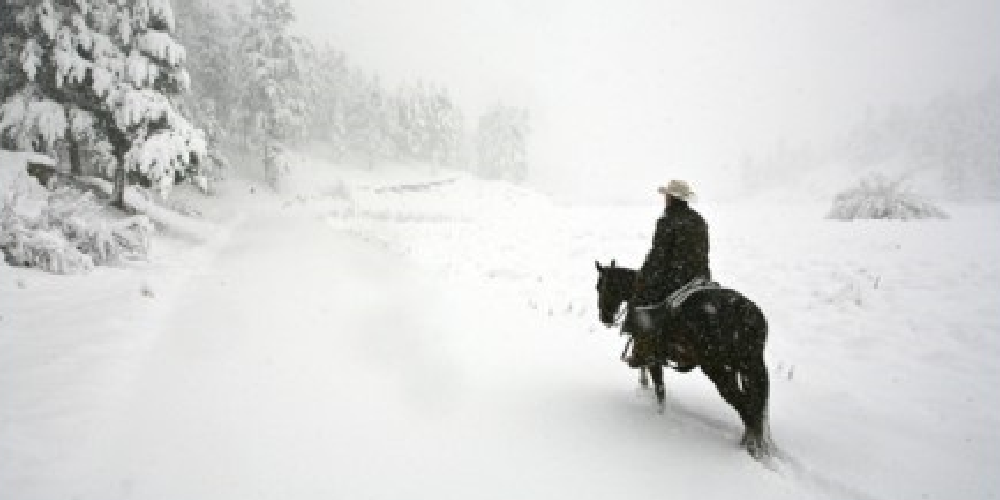 Henry Miller was the largest landowner in the United States beginning in the 1860’s until his death in 1916.  His holdings consisted of over 1,000,000 acres and covered major portions of 5 states.  San Francisco was the corporate headquarters for the (Henry) Miller & (Charles) Lux Cattle Company.   His family home was in San Francisco, his wife, children, and their descendants’ have been major forces within the City for many years and continue to be today.  The Ranching headquarters for the Company was at Bloomfield Farm in South Santa Clara County, near Gilroy, California.  ‘Under the eaves…’ is the story of Henry Miller and his family.  Produced by The Miller Red Barn Association, a non-profit organization, which is repurposing the 1891 Barn, that Henry built, to become an Agricultural Historic Education Center in Gilroy.  Here is the latest edition of;

He must have been a very sought-after guest for the San Francisco society party circles.  (He was seated at the head table with the guest of honor.)  Reported in theSan Francisco Call, Volume 101, Number 56, 25 January 1907; The Smart Set

Mr. and Mrs. E. W. Hopkins entertained at dinner last night in honor of Miss Helene Irwin.  The dinner was given at the Hopkins home in California street, and the guests were seated at four round tables.  At one of the tables, with the guest of honor, were Mrs. Gus Taylor, Mrs. Eugene Murphy, Miss Emily Wilson, Miss Margaret Hyde-Smith, Miss Mary Keeney, Miss Katrina Page-Brown, Samuel Hopkins, Eyre Pinckard, John Zeile, Henry Nickel, Harry Scott, Dick Girvin, and George Nickel.  This table was decorated with roses.

However, by 1908 Henry had tired of the San Francisco social set and headed to Harney County, Oregon.  Henry’s enthusiasm for ranch life and cattle had come to the notice of his Grandfather Henry Miller.  Nickel went to the Alvord Ranch near Burns, Oregon to learn how cattle were raised.  (At this point, the accounts agree.)

(Here are three different explanations of what happened to young Henry Nickel on February 7, 1909.)

The second grandson of Henry Miller, Henry Nickel, was staying at Mann Lake, in the Oregon Country, learning the cattle business.

One cold, stormy, wintry day, John Devin at the Alvord Ranch looking out upon the Alvord Desert, covered with snow and sleet driven before the gale.  He was surprised to see a horseman wandering aimlessly across the desert, also driven before the blizzard. He at first could hardly believe that any human being would venture upon the desert on such a day, but he trained his glasses upon the little speck and assured himself that it was indeed a man mounted on a horse, and as the sun set the little speck was enveloped in the driving snow and sleet and lost to view.

“Who could it be?” mused John Devine.  “Is it possible that is the grandson of Henry Miller who has been sent up here to learn cattle raising in Oregon?  If it is, he has lots to learn because no man can survive in such a storm, and he is the last hope of Henry Miller for an heir bearing even part of his name.”

The next day the storm had abated and the man who carried the mail from White Horse to Mann Lake broke through the trail, and at the lower end of the desert, still within sight of the Alvord Ranch, he found the frozen body of Henry Miller’s grandson, Henry Nickel.  He had not known the way, and the horse would not buck the storm, but allowed itself to be driven the way of least resistance until its rider finally froze in the saddle, fell off, and perished.

Nickel, whose home is in San Francisco had been visiting at the Alvoid ranch for the last three months, and, it is supposed, was out riding horseback and became lost, when overtaken by a snowstorm.

The body will be shipped to San Francisco.

From Thursday’s Daily.  A dispatch from Winnemucca, Nev. under date of the 17th inst., says: The body of Henry Miller Nickel, of San Francisco, a grandson of Henry Miller, senior partner of the firm of Miller and Lux was brought to this city today by Foreman Charles Cronin of the White Horse ranch, Harney County, Oregon.  Young Nickel who was 20 years of age, was frozen to death while endeavoring to make the fifteen-mile journey between the Alvord ranch and Wild Horse, a village in the vicinity.  According to the story told by Cronin, Nickel left the Alvord ranch on February 7 during a heavy snow storm.  His body was found four days later at a point midway between the ranch and Alvord.  From the fact that a small pile of twigs and that a number of burned matches were found near where the body lay, it is thought that Nickel became cold during his ride and dismounting, endeavored to light a fire. His matches gave out before he accomplished his purpose and numbed into insensibility by the intense cold, he fell asleep and was frozen to death.  The body was shipped to San Francisco tonight.

In my view, the Madera Mercury did the best job of getting facts correct.  The San Francisco Call got the ranch name wrong, Henry’s age wrong and when the incident occurred.  The Madera Mercury article, was from a Winnemucca, Nev. dispatch, and could explain the following statement in One Man Show, pg. 281, by Mollie Daily, housekeeper Canal Farm, in an interview April 4 & 5, 1947 with Ralph Leroy Milliken.

Henry’s death certificate states that he died in Harney County, Oregon on

I hope that you found this story interesting and enjoyed learning more about Henry Miller Nickel.  Next, we will explore the life of James Leroy Nickel, Jr.

If you would prefer to not receive emails regarding The Miller Red Barn, please respond with “unsubscribe.”  If you have not read all of the Under the eaves…stories about Henry Miller and would like to “catch up” they are posted on our website at;     https://millerredbarn.org in the Blog section.  If you or your company shop amazon.com for supplies, gifts or special things, please register with smile.amazon and select The Miller Red Barn (https://smile.amazon.com/ch/81-2628343).  We will receive a percentage of each purchase you make, at no additional cost to you.